Met March 6th, 2018 at the Hall at 1204 30th Ave, Vernon BC. President Jonathan Paull opened the meeting at 7:01 PM. Note-taker was Cal Olsson 30 members and 2 guests were present.The minutes of the last meeting were read and adopted by a show of hands.

Old Business Arising out of Last Meeting’s Minutes:
Ernie Erickson has made up the survey form to be used at this year’s BC Open Gold Panning Championships. Lorne Tkaczyk has made the postcards with the clubs contact info etc. on front and back for handout at events. He’s done a fine job. These will sure come in handy: thanks Lorne!

BC Open Report by Jonathon Paull

Mike Spotten has brought in some sample boxes that will be used to hold the BC Open Gold Panning winner’s prize nuggets. They are excellent ; he’s used his own special technique of transferring the pictures onto the lids.
Raffle tickets are now available for sale. Please see Donna Smith to get the books of tickets:email, mrspumpkin36@hotmail.com or phone # 250-309-9117. We need to sell as many of these as we can to make the BC Open a financial success for the club
This year, 2018 VPM is going back to awarding larger gold nugget prizes to the winners at the BC Open gold panning Championship rather than the trophies. However we’ll still give out the Elton memorial trophy and perhaps a couple others. The money saved can be used to purchase even bigger nugget prizes. Mike has volunteered to do up the prize boxes.

We are looking forward to a successful BC Open in 2018 on the May long weekend. Please find it in your heart to volunteer to help in 2018.

Announcements
Jonathon Paul is looking to make up a list of volunteers for the BC Open jobs If you are willing get in touch with him at ph. 250-803-6222 email: walkin_out_of_stride@hotmail.com

Presentation;
For those interested in the BC mining exploration tax credit the T88 form for individuals follows or if you do taxes online a fillable pdf version can be found at Canada.ca/cra-forms. (Or by clicking the links below for a printable version.) 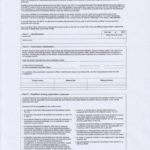 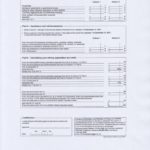 Condolencences go out to Willie Sherstobitoff , Friends and Family on the death of his wife Shirley. A card will be sent from the VPM club.
A condolence card from the club was mailed to Sherie LaValley on the death of her father.

The govt is making up a committee to go around the province for input about prospecting and mining.
You can get in touch with Rick at1-250-681-0908 or email: trimguy@live.ca